A history of the chef's hat

In the restaurant kitchen, most chefs wear different types of hats, easily bounding between stirring, mincing and other cooking tasks. But chefs only wear one actual hat, and that’s an important distinction. That’s because the hat a chef wears says a lot about who they are, their style, their level of expertise and so much more.

A chef’s hat is officially called a toque, which is Arabic for hat. While the term has existed for a few thousand years, the French made the word popular. By the 1800s, the hat became known as the toque blanche, or white hat. So, why was white chosen? As the legend goes, the personal chef of Charles Talleyrand, who served as the first French prime minister in 1815, believed that white was the most hygienic of all the colors. The Reluctant Gourmet uncovered a similar tale in which Antonin Carem, an early pioneer of the grand cuisine cooking style, felt that white brought a sense of cleanliness to the kitchen.

In her book “Passion of a Foodie,” author Heidemarie Vos dispels the notion that hats were used simply to keep the chef's hair away from food. Instead, long before the French adopted the hats, one popular origin story dates back to circa 146 BCE. Back then Greek chefs are believed to have worn long, tall hats, also as a form of unity and a sign of solidarity. It’s perhaps that symbolism and sense of fraternity, Vos argued, that led other chefs, including the French, to adopt the hats in their own uniform.

Pleated chef’s hats have a two-fold purpose. On the one hand, pleats add a certain dimension of fashion to the hat and a certain class or professionalism in most restaurants. However, as the Reluctant Gourmet pointed out, pleats also serve another purpose, as in the early days of the toque blanche, pleats would often represent how many recipes a chef had mastered. So, a chef with 100 pleats may know 100 different ways to boil an egg or prepare a chicken. While hats nowadays don’t symbolize quite the same thing, more pleats – even if it’s just three or four – still demonstrate a chef’s level of experience.

Much like with pleats, the significance of the hat’s height changed rather drastically over the years. In the 1800s, the taller the hat was, the more important or experienced the chef was. As the Reluctant Gourmet pointed out, Carem once reportedly wore a hat that was 18 inches tall – supported in part by pieces of cardboard – to demonstrate his role as the head of the kitchen. These days, though, most chefs wear hats that are only 9 to 12 inches tall. However, height still does play a role. In her book “Haute Cuisine: How the French Invented the Culinary Profession,” author Amy Trubek said that toque hats are usually preserved for the kitchen elite and not the rest of the staff involved in other kitchen tasks.

Over the years, chefs have adopted other, forms of headwear. Yet from time to time, depending on the kitchen, you’ll still find the toque, that traditional symbol of the culinary industry’s long and interesting history.

Disposable nitrile gloves - Reasons to use them

Nitrile is a synthetic polymer that is commonly used to manufacture disposable gloves. It is recommended for tough jobs where you have to come in contact with harmful elements.

Shoe Covers: Why are they important in a controlled environment

Using PPE provides a physical barrier between micro-organisms and the wearer. 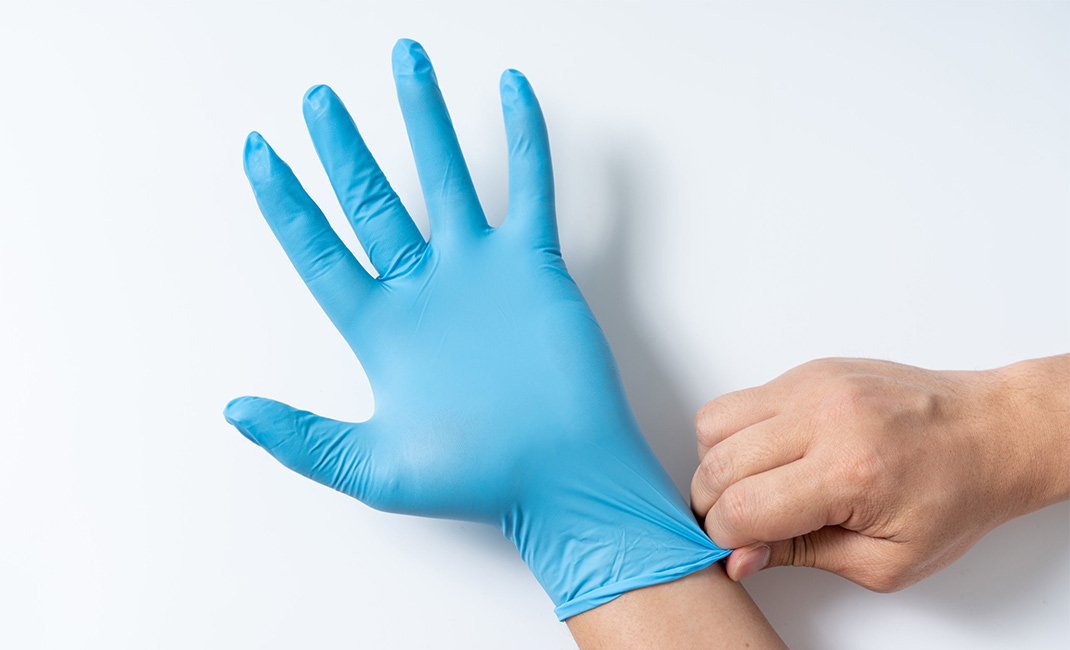 Which Gloves are Better Nitrile or Latex? Basic differences among them 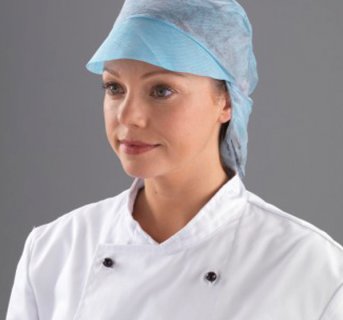